Our website uses cookies to make your browsing experience better. By using our site you agree to our use of cookies.Read our privacy-policy

Balloon Buster AR originates from a mobile AR prototype game developed for the Hafven Open House 2017. Our idea was, to create a simple but fun arcade-like game which uses the Augmented Reality (AR) features of modern smartphones or tablets and requires the player’s precision, speed and visual and aural perception to beat the highest score.

The player’s job is to pop as many balloons as possible by shooting darts at them. The player is located in the center of the AR playfield and a set of wooden crates are positioned around the player. One round takes 45 seconds and during this time balloons appear from the crates and the player must shoot darts in their direction by facing them fast enough before they disappear in the sky.

The feedback from the Hafven Open House was very positive and from the very first prototype, Balloon Buster AR has become a publicly available game Google Play and the Apple AppStore.

We added the additional “Endless” game mode in which the player can pop as many balloons as possible and gain extra time for fast balloon popping. In this mode the player can surpass the high score limits of the “Arcade” game mode and is only limited by his own speed and skill when hunting for the highest score.

The “Arcade” mode lets the player challenge himself in three difficulties in three varying setups of the playfield. 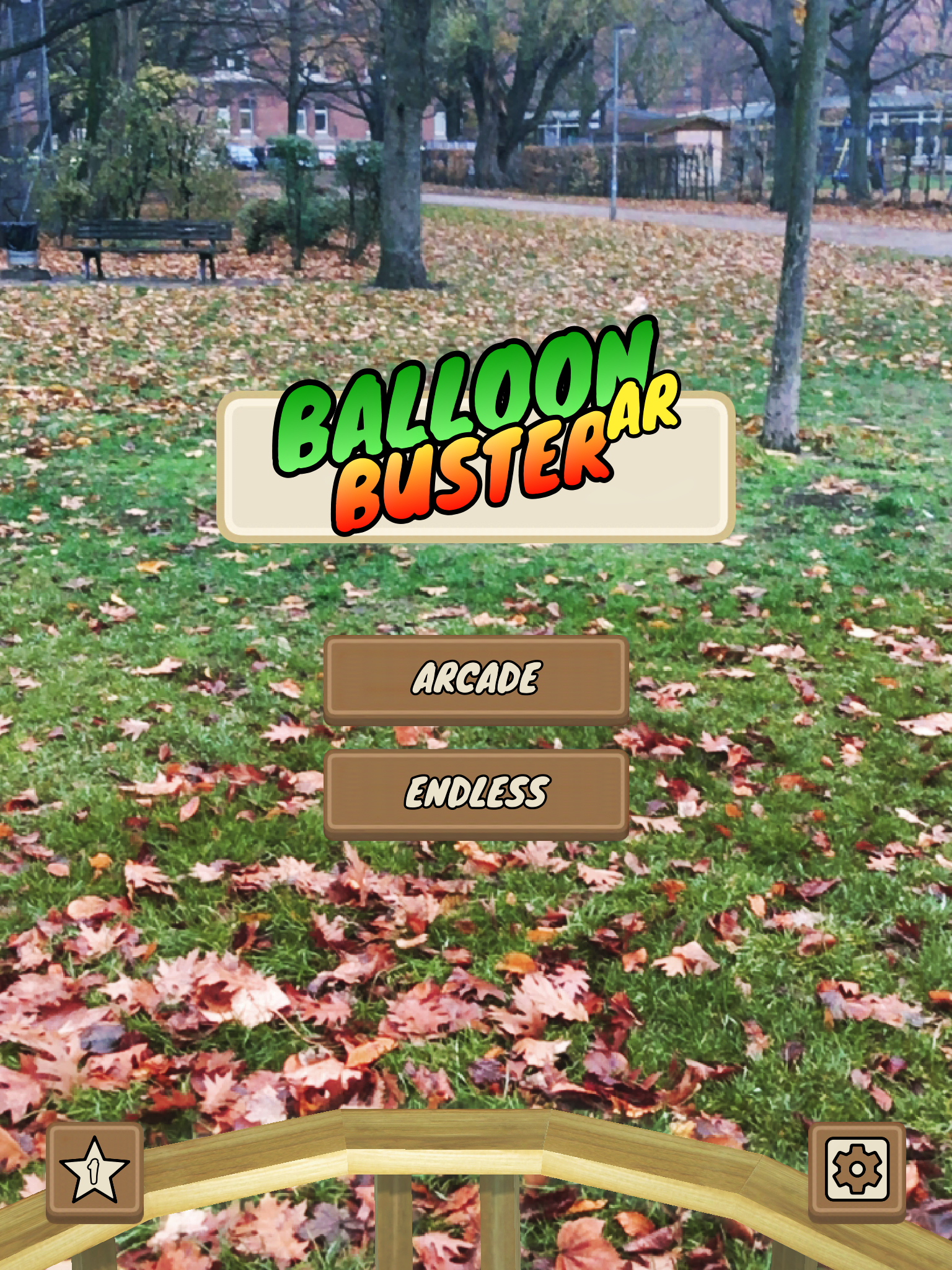 The balloons in Balloon Buster AR differ in their value contributing to the score a player can achieve. This is visually distinguishable by the color each balloon has. Popping green balloons gives less points, popping black ones more, this adds a tactical layer to the game where the player must decide which balloons to prioritize to get the most points. 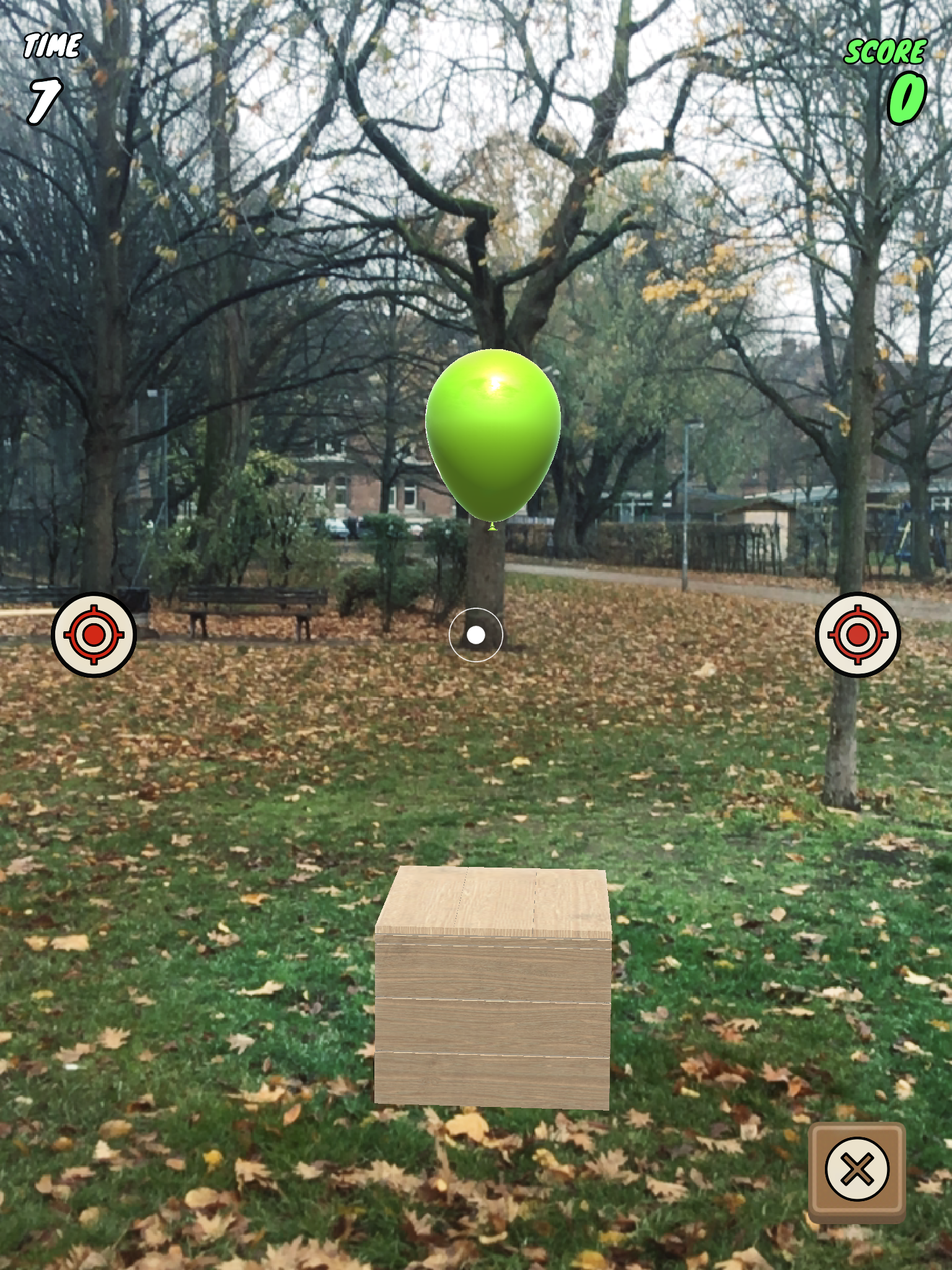 While developing the game we noticed that being fast and popping balloons is fun, but having hazards inside the game to be aware of makes it even more challenging for all players not challenged enough by the speed and movement required to pop balloons in AR. This is where the bomb was introduced to the game which slips between the balloons from time to time and explodes when hit by a dart reducing the player’s score. 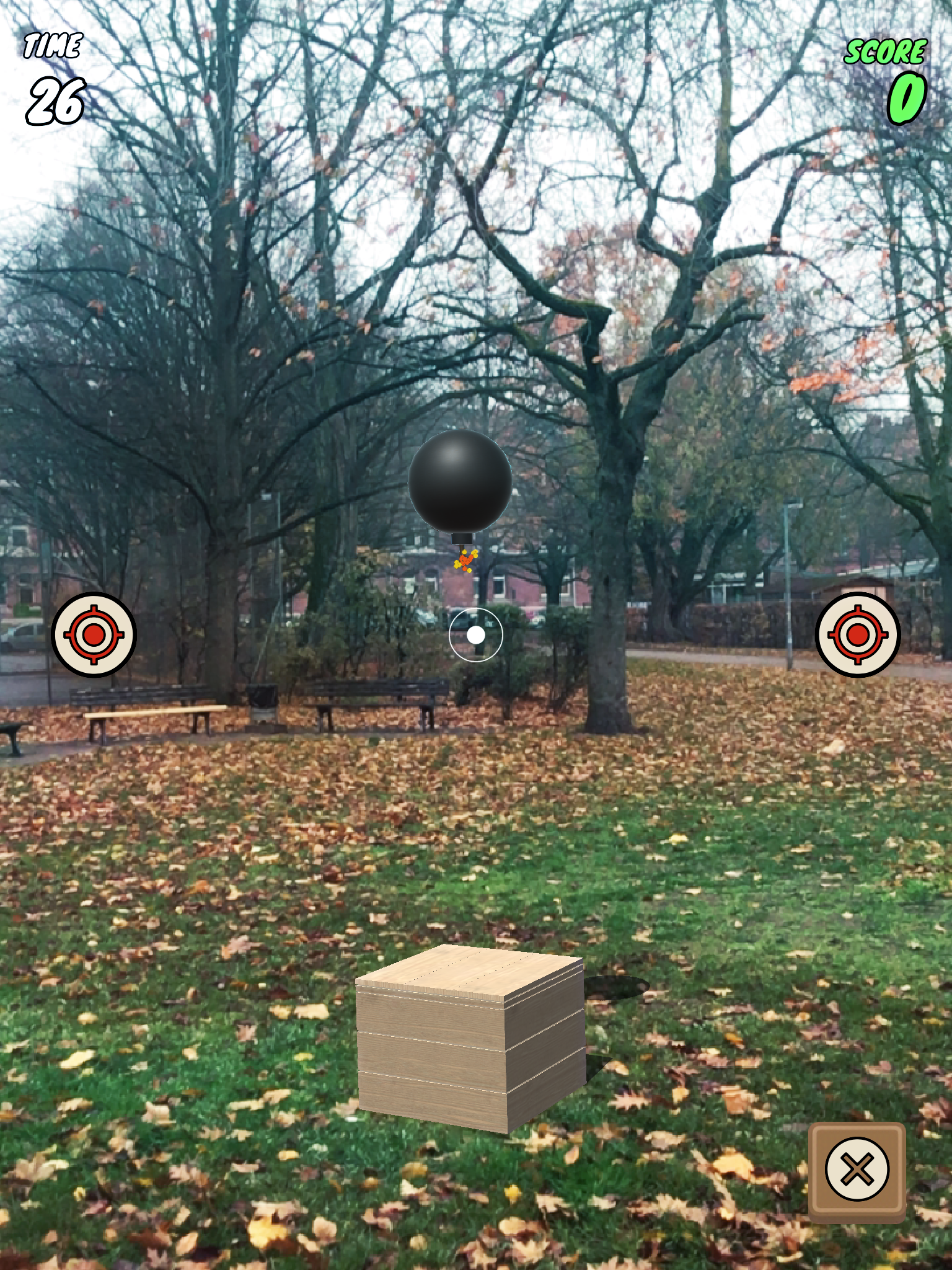 In the tradition of arcade games Balloon Buster AR also has a high score board. On the score board the player can keep track of his best scores in endless or arcade mode and see the improvements in endless mode or let friends try to compete with his bets score. 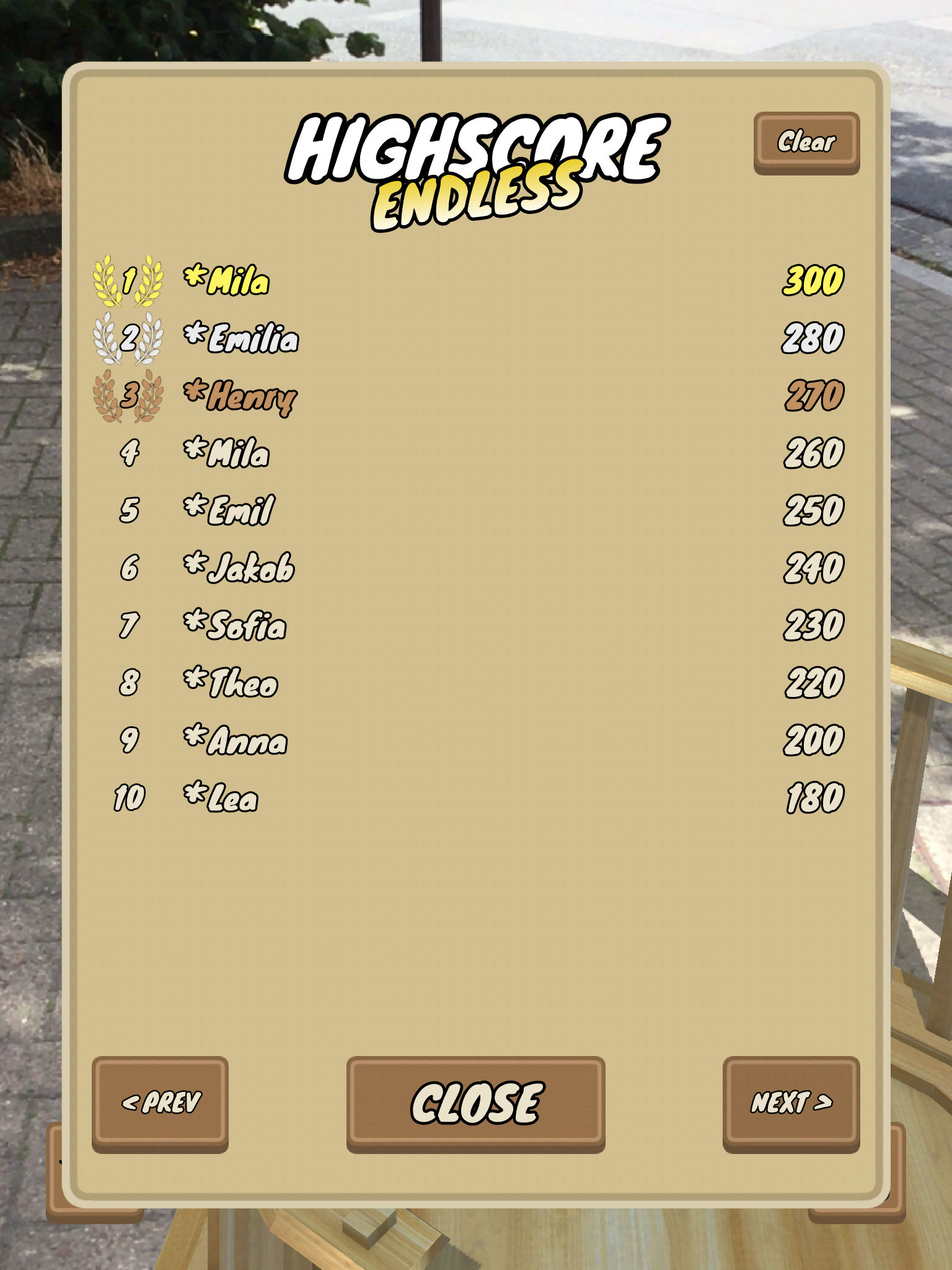